“Now he’s alone. After a while, he begins to fall back into place again, piece by piece.
“Just an oooold corpse,” a voice says.
He stands up, blinking tears away, nearly sobbing, shaking. Tenderly, he adjusts his poor, twisted clothes.
“Are you one of them now?” a voice asks. “Is this the way it’s done?”
“Perhaps one of the ways,” a voice answers.

—Michael Cisco, “Do You Mind If We Dance With Your Legs?”

“…there is another phase of cosmic phantasy (which may or may not include frank Yog-Sothothery) whose foundations appear to me as better grounded than these of ordinary oneiros-copy; personal limitation regarding the sense of outsiderness. I refer to the aesthetic crystallisation of that burning & inextinguishable feeling of mixed wonder & oppression which the sensitive imagination experiences upon scaling itself & and its restrictions against the vast & provocative abyss of the unknown.”

This past weekend it was my family’s turn to keep our second grader’s class hamster. We were given everything we needed to care for it, including a hamster ball in which the little guy could roll around. After supper, we took him out of his cage and put him in the ball. All of us knelt around it on the floor, looming and leering, as it did…nothing. It did not roll around or frolic. It just stood there. After a moment passed, someone observed, “He’s shaking.” We took him out of the ball and sure enough, the poor creature was positively trembling. We placed him back in his cage and left him alone for the rest of the night. In the morning, he was dead. And in that moment, I understood cosmic horror in a clearer, more direct way than ever before.

Michael Cisco’s new novella, DO YOU MIND IF WE DANCE WITH YOUR LEGS—to be published by Nightscape Press as the newest entry into their charitable chapbook line—taps deep into the terror of outsiderness which Lovecraft referenced in his letter to Long and brushes its fingers against the truest sense of cosmic horror like that I imagine was felt by the late hamster. I am grateful to Nightscape Press for providing me with a free e-ARC for the purposes of this honest review. If you don’t know about their charitable chapbook line, you need to learn about it. Each author selects a charity to which Nightscape Press donates one-third of the proceeds from the sale of each gorgeously illustrated chapbook. Michael Cisco has selected the LA LGBT Center.

This tale tells the story of Pedrito Marinetti, a transvestite man who may also be somewhere on the autism spectrum, and of his search for a missing woman, Irene Trigg. (Full disclosure: I am the whitest, most cis-gendered, straightest person, who is also not one hundred percent conversant with non-cis culture nomenclature (but I am trying to learn in an effort to be as supportive as I can). So, I feel a little unqualified to explore the deeper realities of Pedrito’s existence, and apologize in advance if I say something unwillfully ignorant.) Pedrito, who lives with his parents, enjoys being a bit of a loner and gets around on his trusty bicycle. “He likes the way bicycling puts him in the street while separating him from everyone else. His interactions with people seldom go well. Not a good idea. Not for him. Slipping away before breakfast also allows him to avoid his parents, who pester him with their hopelessly gentle questions and kind suggestions.”  Searching for missing persons is a pasttime of sorts for Pedrito, though, “As a rank outsider with a discomfiting personality unlikely to win the trust of strangers he can only hope to find Irene Trigg if there is something bizarre about her disappearance.” Pedrito comes at things from a different angle than the rest of us, and therefore sees the world differently. This is, in part, what has led me to wonder is he is autistic. 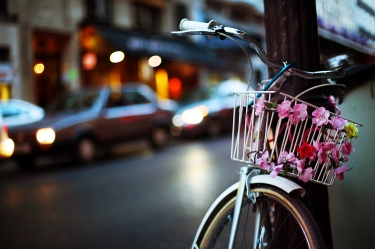 The deeper into the mystery he gets, the weirder the story becomes. Influences upon our world from beyond seem to be at play. This is more than a case of a missing person, and yet in many ways, it is also less. The hamster wheel awaits our frolicking while something outside looms and leers. As his name initially suggests, a reader begins to wonder who or what is pulling the strings, and to what, if any, end. But, Pedrito is undaunted; his autism (if that is what it is) acting as shield between him and the uncomfortableness or fear that would prevent a different person from continuing on the hunt. Whatever it is that is different about Pedrito, Cisco presents it in a kind, sympathetic manner. In fact, it may be his particular “stillness” that perfectly suits him for the role he has chosen in this story.

This is a difficult story to digest in one sitting and I struggled to understand it upon my initial read. After going back and looking over it again, I’m still not sure I totally get everything this is trying to accomplish. That is not to say the story is unworthy in any way, but it is to say that it is one which does not offer up its inner treasures easily, or without struggle. The writing is beautiful in its simplicity. We are put into Pedrito’s mind easily, which, while a remarkable authorial feat, is ironically what complicates the reader’s understanding. In telling Pedrito’s story, I believe that what Cisco is trying to do is show us that this kind of person has a story to tell and it is one that is both worthy of our attention and yet wholly independent of it. Pedrito does not need us to hear or understand his story, but if we choose to read, it is there for us to glean.

I am struck by the things which I do not fully understand. For example, there is a repeated number, 20904, that Pedrito receives over and over again as a response. The only clue we’re given to its meaning is a brief paragraph detailing a scene in which Pedrito watches a video tape he seems to revere, a tape he has cued up to time stamp 2:09:04. That is the moment in the video when his childhood guidance counselor is informing his parents that Pedrito tested as having an astronomically high I.Q. How Pedrito feels about this revelation (rather than the revelation itself) is a clue to unlocking your understanding of his character.

The last piece I want to explore is actually from the beginning. The first two words of the story, to be precise, which are the name of the main character.  Pedrito Marinetti. The diminutive applied to the first name is pretty self explanatory. Even as an adult, he is regarded as lesser by his peers and especially by his parents. It’s the last name that intrigues me. Why give a last name unless it were important? (Warning: I am now leaping off the ledge of solid footing into the space of Pure Conjecture.) Marinetti is not a name that seems like it would be picked out of a hat, because it is the surname of a major historical figure: Filippo Tommaso Marinetti. That Marinetti was a poet, artist, and political activist in early twentieth century Italy. He is best remembered as one of the principle founders of the Futurist Movement, an artistic and social movement emphasizing speed, technology, and mechanized violence. It would go on to be a major influence on Dalí and the Dada movement. 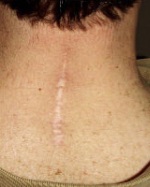 On October 15, 1908, Marinetti had a car accident, in which he crashed his four-cylinder Fiat sports car into a ditch in an attempt to avoid (wait for it…) a bicyclist. That bicyclist helped him out of the ditch, and Marinetti wrote later that he emerged from that crash a new man. Futurism was born. In Cisco’s story there is a tension between the present and what is to come, and it is in that tension that the horror lies. While there is not mechanized violence, there is a repeatable, assembly-line nature to the violence that is present. It is dissociated, apathetic, and willful. It is the violence inflicted by placing an innocent hamster in a situation so stressful his little heart gives out. And then going out and buying a replacement hamster. It is a violence of which we are all guilty, except perhaps, for Pedrito Marinetti, who seeks to lift us from our wreck in the ditch of our lives.

Until next time, I remain yours in the Black Litany of Nub and Yeg,
~The Bibliothecar